The Hidden Meaning Behind Dreams Of Murder 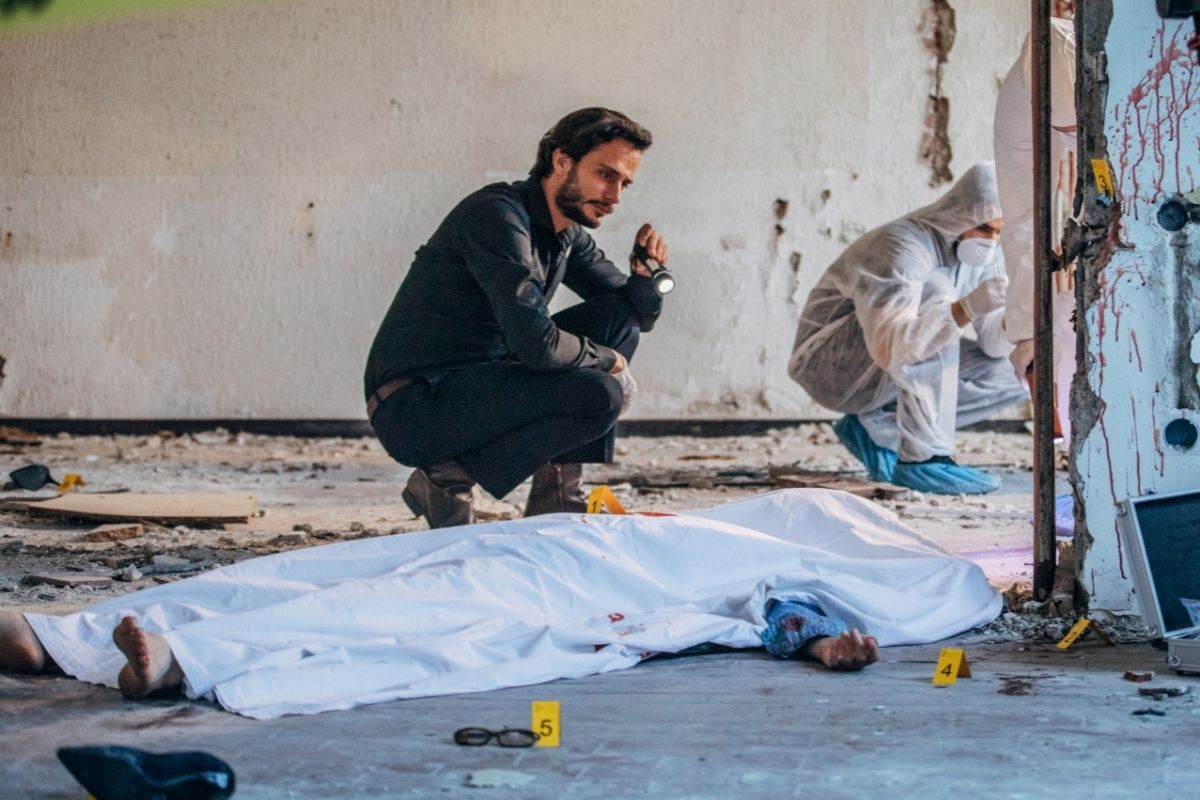 If there’s anything you don’t want to dream about, it’s murder. Nightmares aren’t something we can prevent easily, and at some point, you’re likely to dream of murder in some way.

The terror a dream like this can cause can leave you feeling wiped out for the whole day, even if you manage to get back to sleep after such a nightmare.

One way to take the fear out of a horrible dream like this is to search for the reason why you had this dream, and what your subconscious is telling you.

Why Am I Dreaming Of Murder?

Dreaming of murder, you may be surprised to know, isn’t all that uncommon. Not everyone will admit to dreaming of this particular theme, however, for obvious reasons!

The undercurrent behind murder dreams tends to be built-up aggression, anger, frustration, rage and feeling cornered in waking life.

Most murder dreams do carry negative symbolism, but some can be positive, too.

Murder dreams reveal the desire to put an end to something, such as bad habits, a relationship that no longer serves you, a career that doesn’t fulfill you, or something else that you long to be done with.

It’s a desire to be done with something so that you can physically, emotionally, and spiritually move on. Without this ‘death’ taking place, you feel you won’t be able to move forward in the way you want to.

Dreaming of murder can also be common when you feel you’ve failed in an aspect of waking life. Something in waking life hasn’t exactly gone to plan, and you’re reeling from the blow to your pride if nothing else.

Common Dreams Of Murder And Their Symbolism

Being Murdered In A Dream

What a horrible dream. A dream where you are murdered points to a lot of negativity in waking life. You’re unable to focus on anything positive as a result.

If you have recurring dreams of being murdered, this suggests you have a lot of unresolved anger which stems from past trauma or a terrible event that left its mark on you.

Alternatively, being murdered in a dream suggests an end to something significant in your waking life, such as a life-defining relationship, career, or way of approaching life in general.

Witnessing Murder In Your Dream

Dreaming of witnessing a murder implies that you’re trying to rid yourself of negativity. This may be withdrawing from people who you don’t get on with, who cause a lot of negativity, or situations that are incredibly complicated.

Or, witnessing a murder in your dream implies that you’re letting some of your best skills go to waste. Specifically, those you keep secret. Maybe you like to work on art projects as downtime.

A Loved One Being Murdered In Your Dream

Dreaming of someone close to you being murdered is a horrible experience. As the ‘death’ is directly and deliberately caused by a person, someone is the source of a lot of your problems in waking life.

You feel confined or trapped, and this could be due to a lot of pressure at work, or a constrained relationship, for example. It’s gotten bad enough that you are thinking of giving up on something entirely so that this situation can no longer affect you.

Committing Murder In Your Dream

Dreaming of being a murderer suggests you’ve lost all sense of discipline in waking life. You’re letting your emotions rule you, or you’re slipping back into bad habits.

It may also denote the desire to ‘kill’ a destructive part of yourself.

A Dream Of A Family Murder

Dreaming of murder in the family reveals deep-seated anger you haven’t unpacked. You’re angry at yourself, most likely the family member being murdered, or someone else entirely.

It can also denote frustration over the way someone is treating you. Perhaps someone’s trying to protect you from an awful situation, but you just feel cornered.

Your father being murdered in a dream reveals the desire to stop being so dependent on him, but it can also signal that someone will ask for your thoughts soon.

Your mother (see also article on dreaming of your dead mother) being murdered in your dream suggests that your public image will take a hit soon.

Nightmares of violent murders (see also article titled ‘True Meaning And Right Interpretation Of Dreams About Rape‘) are dreams you’ll find difficult to leave behind as you go about your day.

These sorts of dreams usually point to harrowing or very difficult situations which you’ll have to move through to get to where you want in life. It will be very unlikely that you can avoid them entirely.

A violent murder in your dream can also reflect the messiness of a terrible situation in waking life.

Mass murder in your dream points to anger you’ve been ignoring for a very long time, maybe even years. When something stressful happens, you are likely to explode and say things you regret.

Dreaming of mass murder can also reveal other potent emotions which you cannot control or process.

A Dream Of Child Murder

You’ll be glad to know that a dream like this is simply a metaphor for growing up in your waking life. You’re assuming control of your actions, and you’re learning to trust your abilities and self-worth. Your instincts won’t lead you wrong.

Dreaming of a child being murdered points to spiritual growth.

A dream of murderers naturally represents your attitudes and connections to other people. A single murderer implies that you are affected by events in waking life more than you realize, so it would be a good idea to turn to the people you love for some support.

If you dream of dying (see also article titled ‘Dreams About Being Killed – Meanings And Interpretations You Should Know‘) at the hands of a murderer, this implies that you’ll get help from someone you would least expect to assist you.

Killing a murderer before they kill you or someone else denotes your protective nature, or it can reflect how you want an end to a close relationship.

A dream where you discover someone you know to be a murderer is a warning. It points to deceit, betrayal, and someone lying to you in waking life.

There’s a reason why people say murder is a crime of passion. More often than not, it’s motivated by extreme emotion, and in dreams, murder and emotion are closely linked.

When you have a murder dream, regardless of whether you were being murdered or you were the killer, this dream is drawing your attention to how you feel.

You have some unresolved emotions that need to be reflected on, and your dream points to where the anxiety, anger, or tension is coming from.